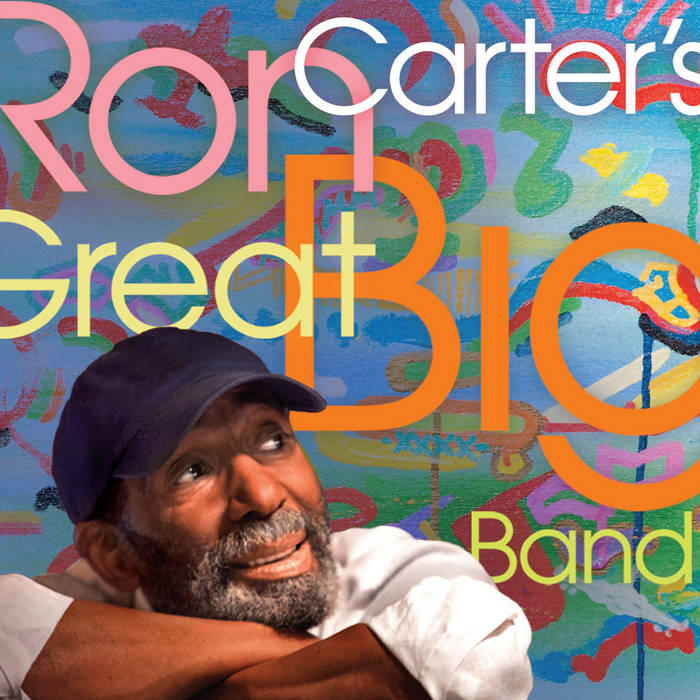 Throughout his illustrious career, the legendary Ron Carter has played it all—jumping in headlong as an integral member of Miles Davis’s classic ‘60s quintet, anchoring the groove for almost every CTI Records session in the ‘70s, then launching into multifarious new projects, including his cello-infused, chamber-jazz nonet and his piano-guitar-bass trio. But in his lifelong calling to find the right notes, Carter had never recorded a big-band album. So, the time was ripe for the 73-year-old maestro of the upright bass to break new ground. The result is the delightful and swinging album Ron Carter’s Great Big Band, set into motion by esteemed arranger Bob Freedman and Somerled Charitable Foundation trustee Wendy Macdonald (who serves as producer) and featuring an all-star cast of supporting musicians.

Carter says the big-band album was “more accidental than intentional. Having done every conceivable recording under my name, the only project I hadn’t done was leading a big band. Wendy likes the way Bob writes and asked him to do a project featuring his arrangements. Once he agreed, he asked me to be a part of it. I figured, hey, I’ll give it a shot.” Recalling Carter signing on to the venture, Freedman says, “Ron was up to it and into it. He was eager in his own reserved way.”

As it turns out, Carter and co. provided the endeavor with an absolute commitment to musical sublimity. The 17-piece band, with the bassist serving as the rhythmic rudder with his steady, warm-toned pulse and Freedman leading as the conductor, delivers a vibrant outing of 13 tunes that buoy with a spirited freedom. The music exudes refined elegance and sonic power as well as opens a window onto a new approach to big-band performance. “Ron took on the role of bass player/leader as though he’d been doing it forever,” says Freedman, who over the years has written arrangements of songs for many of Carter’s recordings.

Assembling the band for this date was a joint effort by Carter and Freedman. The bassist insisted on using two of his frequent rhythm mates, pianist Mulgrew Miller and drummer Lewis Nash.

As for the horn sections, Carter suggested designating section leaders who would then fill in the rest of the musicians needed for the section. For woodwinds, alto and soprano saxophonist Jerry Dodgion was enlisted. He, in turn, called on Steve Wilson for second alto, Wayne Escoffery and Scott Robinson on tenor saxophones, Jay Brandford on baritone saxophone and English horn player Charles Pillow. Trombonist Jason Jackson filled the four-‘bone section with Steve Davis, James Burton III and Douglas Purviance, and trumpeter Tony Kadleck manned his section with fellow trumpeters Greg Gisbert, Jon Owens and Alex Norris.

The creation of the songbook for the band was another joint effort, with Freedman and Carter bringing to the table music that the latter says “would be what people who like big bands would like to hear.”

Carter and Freedman brought to the studio tunes that are unusual in a big-band setting. There’s a big-swing rendition of Sonny Stitt’s “The Eternal Triangle” (a piece that Carter used to school his college students in how important the saxophonist was as a composer), a samba-flavored take on contemporary trumpeter Tom Harrell’s “Sail Away” (a tune Freedman brought in that Carter hadn’t heard before), a full swing rendition of Sy Oliver’s “Opus Number One” that features Miller’s sprinkle-like pianism, and another swinger, “Line for Lyons,” composed by Gerry Mulligan and performed at the saxophonist’s 1974 reunion with trumpeter Chet Baker at Carnegie Hall that included Carter in the rhythm section (Carnegie Hall Concert, CTI).

Closer to home, each leader contributes their own compositions. Freedman’s “Pork Chop” opens with a Monk-ish feel then blooms with Escoffery and Carter playing in sync as well as off each other throughout. Carter’s ballad “Opus One Point Five (Theme for C.B.)” was originally written for Joe Henderson when the two performed together but here takes on a more personal note, as the bassist pays tribute to the renowned painter Carol Byer. The album ends with Carter’s playful melody “Loose Change,” a tune first recorded with pianist Sir Roland Hanna in 1993 on the bassist’s The Puzzle CD and often used today as a segue piece when he performs with his trio “We wanted to finish with a song that would make the big band feel like a small group,” he says.

Bandcamp Daily  your guide to the world of Bandcamp